The Union of Tanzania Press Clubs is abbreviated as UTPC. It is an umbrella body of press clubs in Tanzania. So far it has 28 press clubs which are its members. These press clubs are geographically located all over Tanzania. UTPC is a non governmental organization which was established in 1996 and registered in 1997.

Tanzania’s development is underpinned by the protection of citizens’ rights to freedom of expression and association, and is informed by a free and active media that is independent, and uses objective coverage to push for people-centered development.

In support of this vision, UTPC will work to create conditions that enable journalists to speak truth to power. UTPC will work with Press Clubs, journalists, media owners and editors to advocate for legal and non-legal regimes that are conducive to the development of the media, that protects journalists’ rights, and that protects political and civil rights. UTPC will challenge the freelance conditions surrounding journalists, supporting them to develop their skills and negotiating power so that their well-being is enhanced. UTPC will provide a platform for citizen to speak to their perceptions about the development challenges facing Tanzania, and will support journalists to engage in objective reporting that is informed by citizens’reality.

The Union of Tanzania Press Clubs (UTPC), support the development process of our country through media.

It supports the establishment and development of Press clubs, which are scattered all over the country.

It is composed of three leaders from Press Clubs, who are the Chairperson, the Secretary General and the Treasurer. It is supreme policy making body of the organization.

This meeting takes place every year on 2nd and 3rd September for the memory of late Daudi Mwangosi who was the Chairperson of Iringa Press Club. Mwangosi was killed on 2nd September 2012 at Nyololo village while reporting on the opening of a branch office of the Chadema the nation's opposition political party.

THE BOARD OF DIRECTORS

This is the supervisory body composed of the president the Vice President and eight more members who are elected by MGM after every three years. The list of the Board members is

This is an implementing body led by the Executive Director and other staffs who are being employed on a contractual basis. The full list of UTPC staffs are; 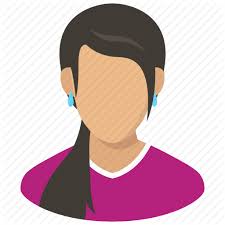